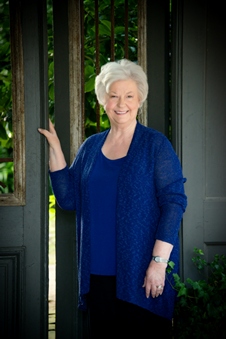 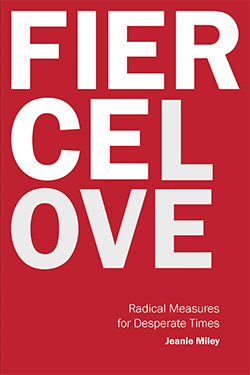 Meeting Jesus Today: For the Cautious, the Curious, and the Committed

ChristHeart: A Way of Knowing Jesus

The Spiritual Art of Creative Silence: Lessons in Christian Meditation

We admitted to God, to ourselves and to another human being the exact nature of our wrongs.

The importance of a good sponsor in any recovery program cannot, in my opinion, be overstated.

Is it enough to say, “You’ll just know” or “You will be led to your sponsor”?

At first glance, those responses might seem flippant or superficial, but are they?

I rely heavily on two factors when I am consciously seeking a helper in any part of my life.

My gut instinct and intuition are generally pretty reliable, but they work far better for me when I am not actively engaged in whatever it is I do to keep myself numbed out, distracted or asleep at the wheel of my life.

The other factor is the faith factor.  One of the benefits in growing up as I did is that I was taught to rely on the guidance of God.   I saw that faith factor alive and operative in my parents’ lives, and so when it was my turn to begin acting as an adult, I asked God for direction as a habit.

Later — years later — that habit became something more, but we aren’t there yet.  (We still have a way to go to get to the 11th Step!)

It is said that “when the teacher is ready, the student appears.”   I have noticed that that same principle works when you are seriously looking for a sponsor or another confessor or teacher, and the ways that happen are as varied as there are people and relationships.

“What if I choose a sponsor and it turns out it’s not the right one?”

The short response is, “You’ll both probably know it if it isn’t the right one.”

The more thoughtful answer is this:

A really good sponsor is not driven to accept a person to sponsor out of ego.  He or she doesn’t need the ego-gratification of that potentially powerful relationship, but knows, instead the gravity of the relationship and takes seriously the sacred and delicate relationship.

If there is any reaction, both are transformed.

The first sponsor with whom I attempted to work did not work for me.  If I had known then what I know now, I would have had an honest conversation with her about the issues that prevented an easy and natural flow between us, but the truth is that I was so deep into my habit of not wanting to hurt anyone’s feelings that I could not do that at the time.   Life circumstances made it possible for us to simply drift apart, and I regret that now.

Looking back, I think our tendencies to avoid conflict were equally matched, and that prevented either of us from dealing directly and productively with the ineffectiveness of the relationship.

Later,  I decided to ask a person who was a recovering alcoholic with long years of sobriety if she would work with me to help me understand the Steps and integrate them into my life.   At first, she was hesitant because my issues were codependency, but I persisted.

This woman was strong and, when necessary, she was tough, but more than anything, she was boldly honest about her life and fiercely courageous in helping me face mine.  I asked her to be my sponsor because I knew that her recovery and her faith had been tested in the hot fires of time and experience.   I wanted the best teacher I could find and I wanted someone who would tell me the truth and take my struggles seriously.

As we met together week after week, there were times when she would put her head in her hands in despair and lament, “If only you were a drunk, I could help you, but until you take ________ off the throne of your life, there is no way I can help you!”

(Fill in the blank with any number of names of people whose approval I needed or persons I thought I must please!)

I will forever be grateful for her willingness, patience and persistence, her honesty and her fierce commitment to her own recovery, even after many years.   I will never forget her kindness, mercy and gentleness when I took my Fifth Step with her on a cold winter day, sitting by her warm fire.   I will treasure her wisdom for the rest of my life, especially her tenderness when I was too hard on myself, too judgmental of my life and too unforgiving of my flaws, defects and mistakes.

“Who could I possibly find that I can trust to hear my confession?”

Within that question lies the crippling tendency to think either that we are so bad or so special that we need a really special confessor.

“Terminal uniqueness” is one of the hallmarks in addiction, even when it is expressed as “I’m the best at being the worst person you’ve ever met” or “I have the best terrible story of anyone you know”.

A good sponsor is one who has faced and worked her own mistakes and failures, flaws and defects and has likely looked her own evil right in the eye and survived telling herself the truth.

A good sponsor has had the courage to have looked in the mirror and called the darkness what it is, but has also has the humility to embrace his own goodness, his own courage and his own strengths, gifts and abilities to himself.

A good sponsor knows that when he/she hears the inventory of another human being, he is holding precious material in his heart and hand and that he is an instrument of healing, mercy and grace in that person’s life.

The way my sponsor took my first Fifth Step so seriously didn’t communicate the gravity or terribleness of what I had to say to her.

The way she took the event so seriously communicated to me how much she valued my life and how deeply and personally she was with me in the process of my becoming whole and healthy.

A good sponsor is acutely aware that the worst thing anyone has done doesn’t have to be the last thing, and that the collective badness of all humanity is nothing to compare with the unlimited and unconditional love and goodness of God who longs to forgive and set us free.

“I wouldn’t mind doing that Fifth Step if I never had to see that sponsor again!”

Most likely, that person who has sat with you in the confessional is going to be one of the persons you will want to see most — and again and again.

When the confession of one’s life is done in the presence of someone who has done his/her own inner work and is committed to the health and wholeness of the person who has been willing to be vulnerable before him, love wins and grace covers the multitude of sins.

People who have done their own work are comfortable with persons who are doing theirs.

To be known by another human being — really known — is one of life’s greatest gifts.

Sometimes our light goes out,

but it is blown again into instant flame by an encounter

with another human being.

There is nothing like a good confession with a loving sponsor or confessor to blow the flame of life back into a struggling human being who has put his/her light under the bushel of addiction.

What about you?  Have you come up to the “admitting to another person” part of this program and stalled?  What is your biggest fear?

Or, have you had an experience with being known by another human being that you have found to be cleansing, healing, transforming and empowering?   What was that like?

Have you been the one who has listened to another’s inventory and found a lost part of yourself in the other’s confession?

Is there someone in your life before whom you can speak the truth, stutter out your wrongs, cry out your failures and mourn your actions that hurt another human being without fear?

May all of us learn how to be instruments of mercy, grace and peace in each other’s lives.

Grace to you — Jeanie